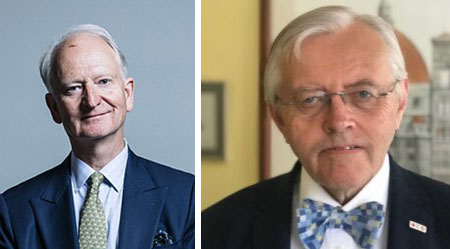 The appointment of an eminent Advisory Panel, comprising Lord Henry Bellingham Kt. and Mr Robbie Lyle, to guide us on some of the workstreams pertaining to, not only the capital raising, but also on our interactions with government’s Foreign & Commonwealth Office, will complement both short term and medium-term planning.

Lord Bellingham Kt., a former Barrister, has a distinguished career in the UK’s Parliament, and now the UK’s House of Lords. He was previously Shadow Minister for Trade & Industry, when in opposition and when in government was at various times, Under Secretary of State for Africa and Under Secretary of State for Overseas Territories, United Nations & Climate Change. Lord Bellingham fully understands the idiosyncrasies relating to St Helena Island and will play an important role in guiding the Corporation on its mission to create the most desirable paradise in the world.

Robert (Robbie) Lyle, has a distinguished global career in insurance for many decades, and was for many years, an advisor to the World Energy Council, on Trade and Political Risk Insurance, as well as an advisor to the African Trade Insurance program, a World Bank Initiative based in Nairobi. Robbie will bring his vast global network of business interests to the table, in helping Trade Winds Corporation achieve their short and medium term goals.

Paul O’Sullivan, CEO of Trade Winds Corporation said “When I met these distinguished gentlemen in London last year, I took an instant liking to them. I am confident that with their guidance, Trade Winds will be ready to go, just as soon as the Covid pandemic is out of the way and we can get our feet back on the ground in St Helena.”

An Evening at the Opera