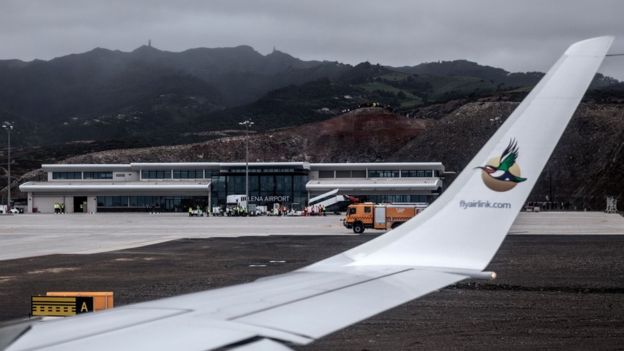 The first scheduled commercial airline service to the remote British island of St Helena in the south Atlantic has touched down safely.

The virgin flight, an SA Airlink service from South Africa, ends the island’s long-standing reliance on a ship which sailed every three weeks. It is hoped that the service, funded by the UK, will boost tourism and help make St Helena more self-sufficient. But British media have dubbed it “the most useless airport in the world”. 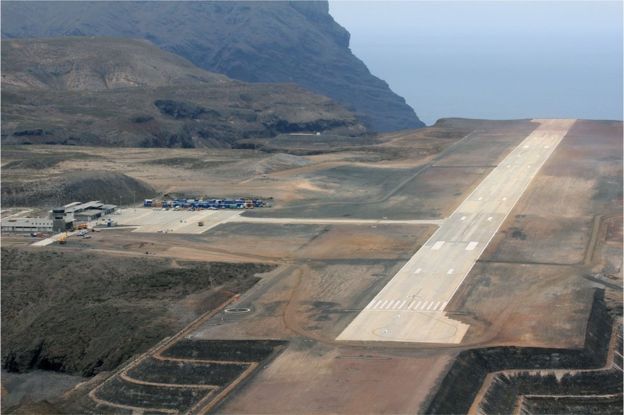 Built with £285m ($380m) of funding from the UK Department for International Development (Dfid), the airport should have opened in 2016, but dangerous wind conditions delayed the launch.

After further trials this summer, the weekly service between Johannesburg and St Helena was passed as safe.

St Helena had for decades been one of the world’s most inaccessible locations, served only by a rare ship service from South Africa.

It is chiefly known as the island to which French Emperor Napoleon Bonaparte was exiled after his defeat in the Battle of Waterloo in 1815, and where he died. 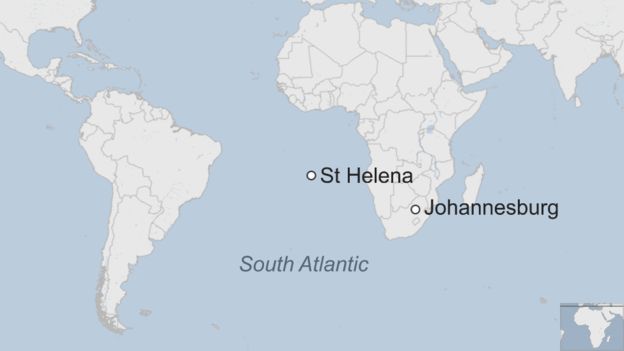 he Embraer E190-100IGW aircraft took off from Johannesburg on Saturday morning, carrying 78 passengers. It reached St Helena in the afternoon after stopping in the Namibian capital, Windhoek.

“I for one am getting really excited about the new chapter in St Helena’s history,” said St Helena governor Lisa Phillips.

Previously travel to and from the tiny island, with its population of just 4,255, was only possible on the RMS St Helena, which took around six days to complete the journey from South Africa.

The ship’s final voyage is scheduled for February.

St Helena relies on British aid of £52m a year and officials hope increased tourism will make it more self-sufficient.

“This is an important moment in St Helena’s route to self-sufficiency,” a Dfid spokeswoman said.

“It will boost its tourism industry, creating the opportunity to increase its revenues, and will bring other benefits such as quicker access to healthcare for those living on the island.”

According to a report in The Guardian newspaper, the island’s diverse geology and wildlife, such as the whales that gather off its coast, may appeal to visitors.

But “more flights will have to be added if the airport is to be deemed a success – and not an expensive white elephant”, the report said.